Rundown Creator will be down briefly for maintenance tonight. Click here for more details.

Creating Script Templates in Rundown Creator for Each CG Template

Next, we're going to create script templates in Rundown Creator for each CG template on your character generator. This'll make it easier to insert the code for CGs into your scripts.

1. In Rundown Creator, click on the link that says "Settings." 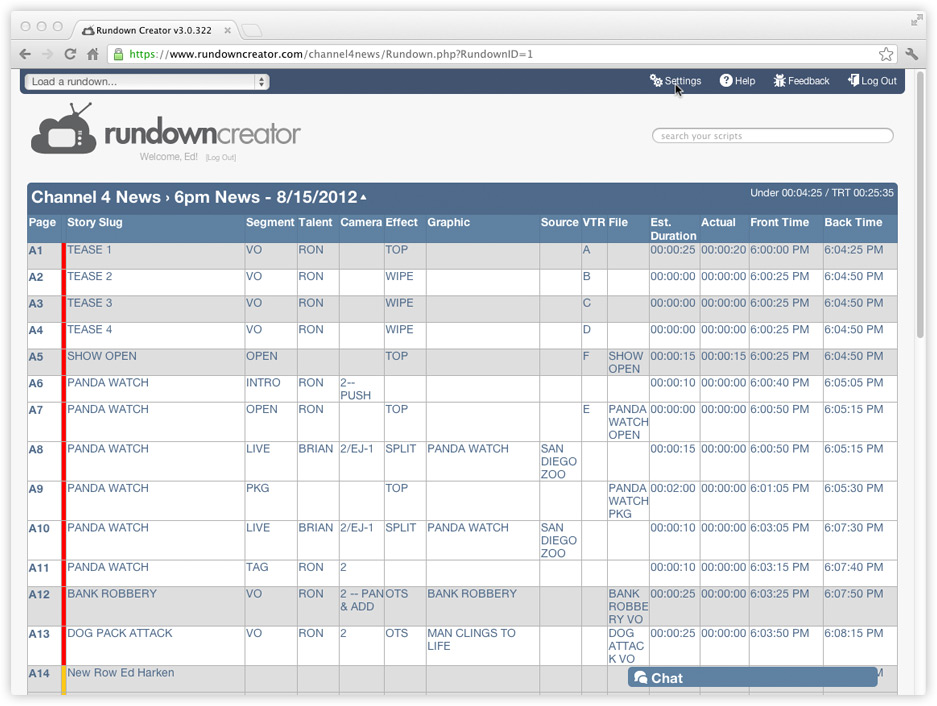 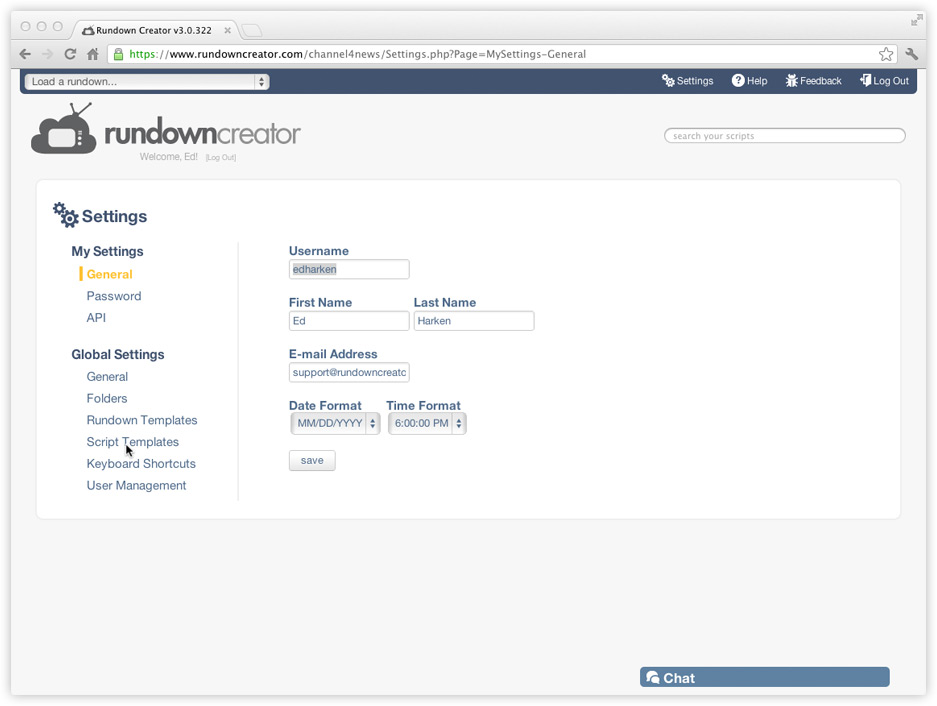 3. Click on the button that says "+ create a new script template" under the "CGs" section. 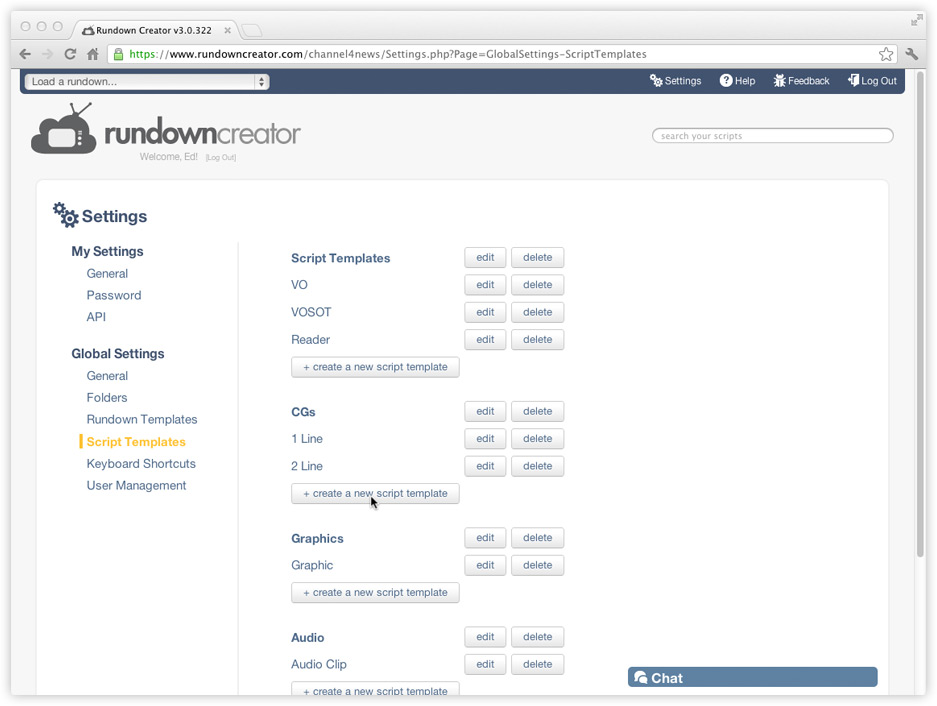 4. Enter a descriptive name, like what kind of CG template this is, in the "Name" field. 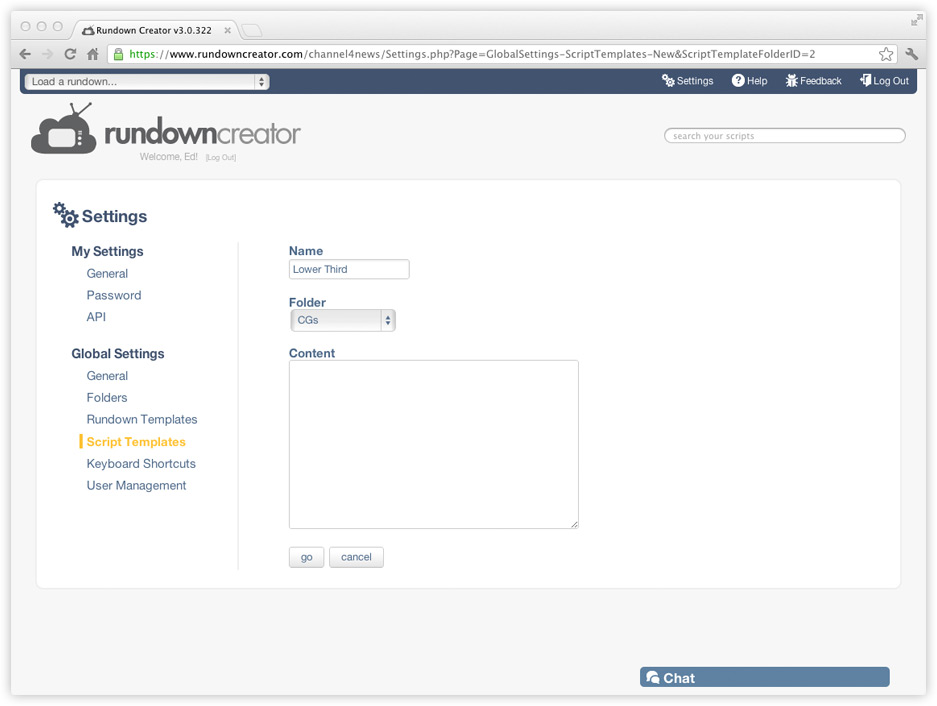 5. Copy and paste the code below into the "Content" field, customizing it as needed (see the instructions below).

After the "template" attribute, add fields for each placeholder in your CG template. For example:

The field names themselves aren't important. They can be whatever you want, so long they're only made up of letters and numbers, and aren't "id," "template," "channel," or "duration."

So, how do you figure out the order of the placeholders in your CG template?

6. Click the "go" button to save the script template.

7. Repeat steps 3-6 for each CG template on your character generator.

When you're all finished, you should be able to insert CGs into your scripts in Rundown Creator, and play them out using the Character Generator Controller!