Rundown Creator will be down briefly for maintenance tonight. Click here for more details.

You can insert CGs into scripts in Rundown Creator using code like this:

Then, load up the Character Generator Controller. It'll create a playlist of all of the CGs in your show, and update automatically in real-time as changes are made.

Once you've setup script templates in Rundown Creator for all of the CG templates on your character generator, inserting CGs into scripts is easy.

1. In the Script Editor, simply click on the "Insert a..." drop-down menu and select the type of CG you'd like to insert. 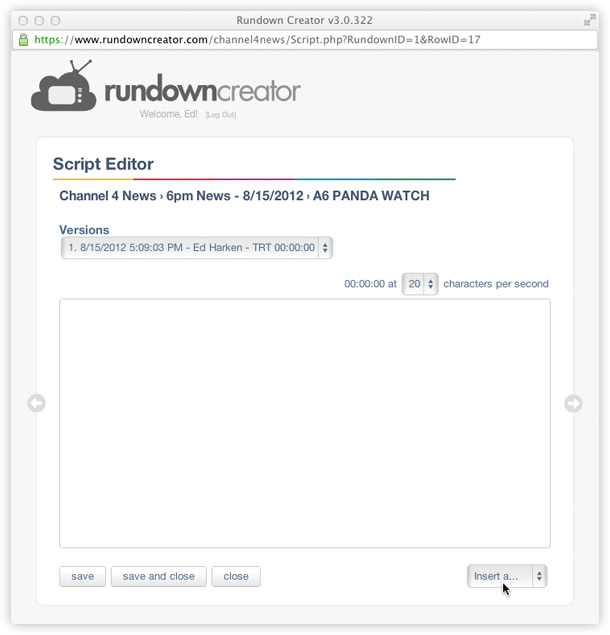 The code for the type of CG you selected will be inserted into your script.

2. Enter any text or graphics that you want to appear in the CG. 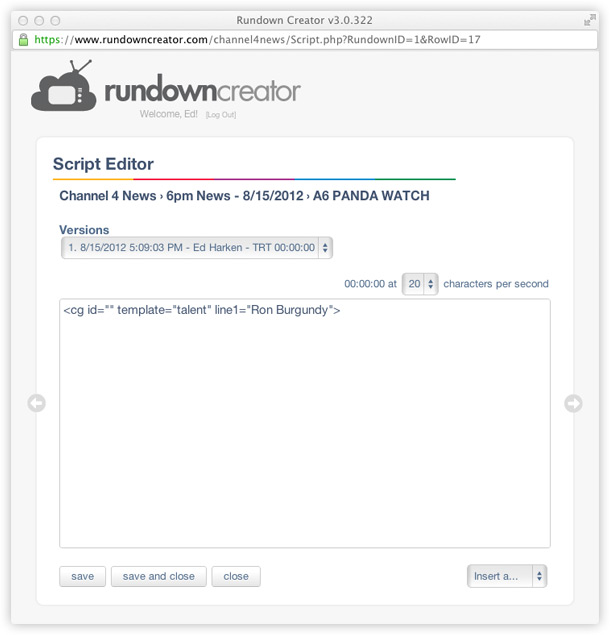 When referencing a graphic file in a CG, simply type its filename (with its file extension). For example:

Due to technical limitations of the Chyron Intelligent Interface protocol (which is not only used to communicate with Chyron character generators), you cannot insert backslashes (\) in CGs. The one exception to this is when using double-quotes ("). They must be properly "escaped" with a preceding backslash (\). For example: 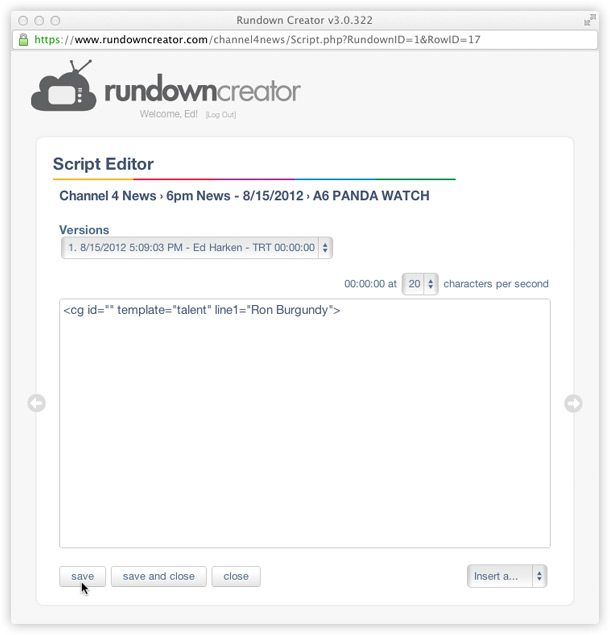 When you're ready to begin playing out CGs on your character generator, load up the Character Generator Controller.

1. On the rundown page, click on the title/date of your rundown to bring up the rundown menu (shown below). 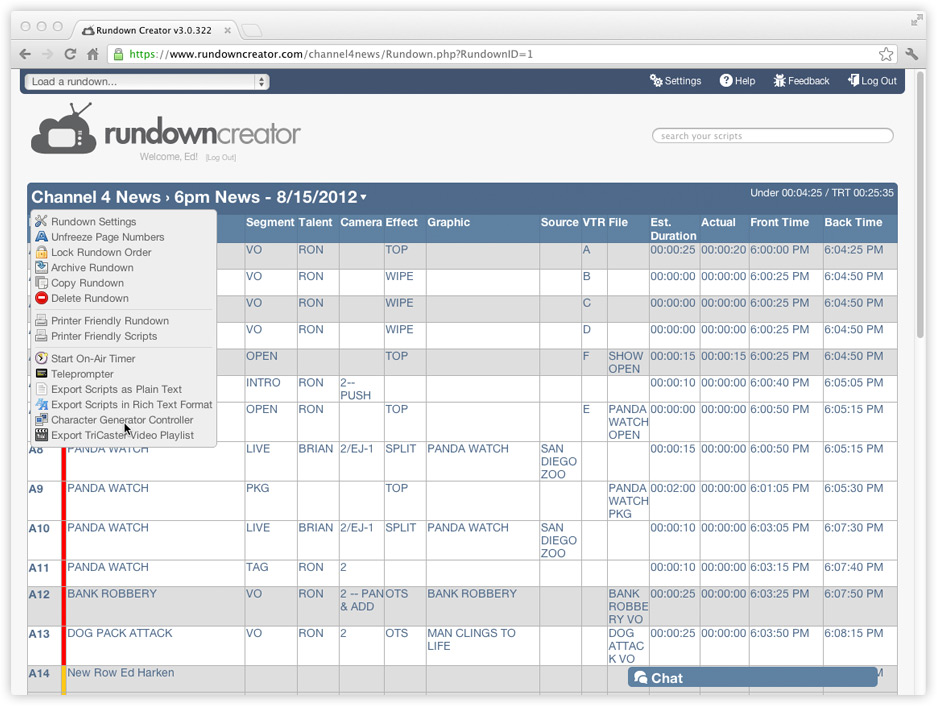 2. Click on the link that says "Character Generator Controller."

3. Rundown Creator will ask you to confirm the IP address and port your relay server is running on, and the object type you'd like to playout. If you've used the Character Generator Controller before, these should already be filled in, so just press the "load controller" button. 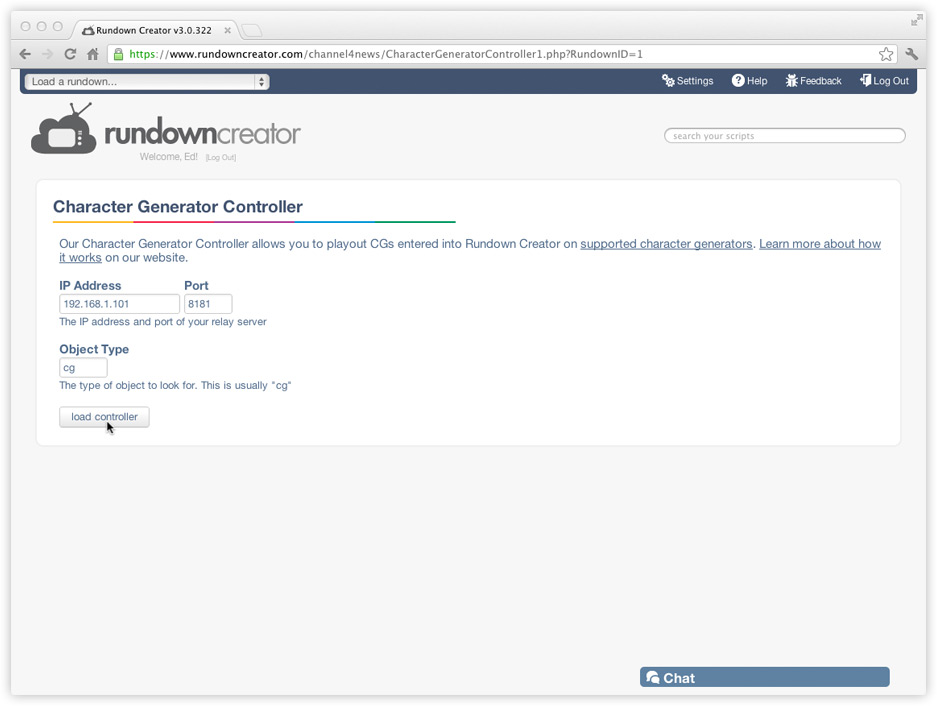 4. When the Character Generator Controller loads, you'll see a playlist of all of the CGs in your show. It'll update automatically, in real-time, as changes are made. 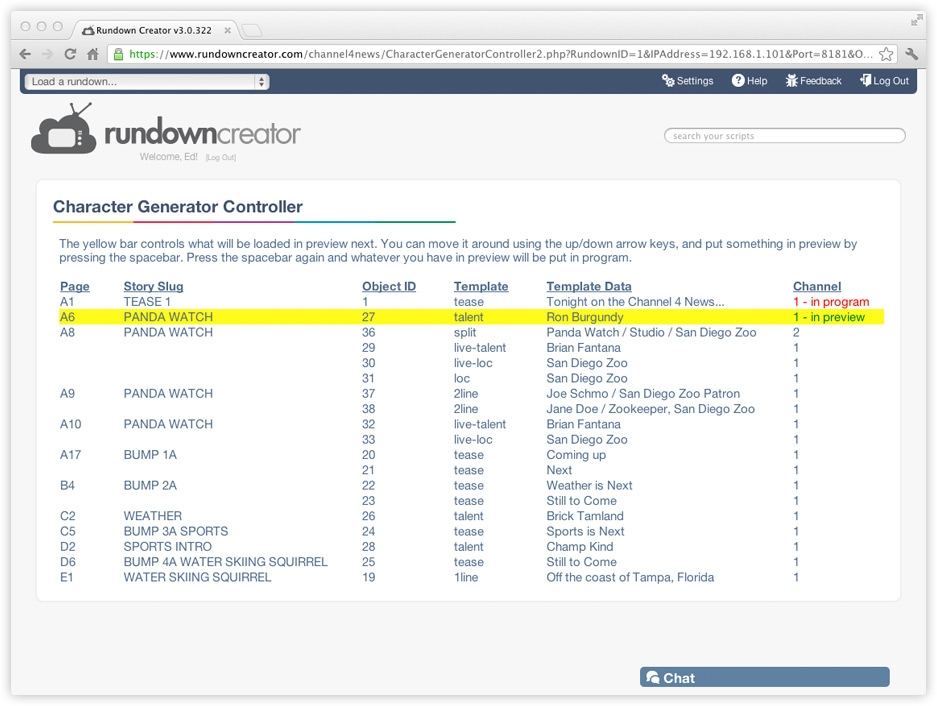 The yellow line controls what will be put in your character generator's program/preview outputs next, and you can move it around using the up/down arrow keys on your keyboard, or by clicking on a CG in the playlist.